73, Triplets, and the Meaning of Teamwork 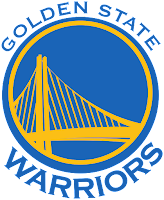 I've never been a basketball fan.  Maybe it's because I am not a very good basketball player.  Put on a football game or baseball game and I am glued to the television.  However, the past two NBA seasons has sparked my interest.  It's not because I am being a fair weather fan as the Warriors won their first NBA championship in 40 years or broke the single season record for wins last night.  These are amazing feats.  What has me so drawn to the Warriors success as well as the recent success of the San Francisco Giants is the way they've arrived at their championships.  They have done so through solid recruiting / drafting, player development, and the true concept of TEAMWORK.  No one player is bigger than the team as a whole.

The Warriors management has been very open about the fact that they've modeled their organizational development on that of the San Francisco Giants.  I grew up a Giants fan; the late 1970's and 1980's were dismal times (minus 1987 and 1989.)  The Giants could never put it together, played in a stadium that had some of the strangest weather known to mankind, and went through managers like most people go through socks.  The "recipe" was not working.  And even though they saw some success during the 90's and first decade of the 2000's, they were centered around one player - Barry Bonds.  We sold our souls; we were trading victories for home runs.  We looked the other way when performing enhancing substances were being used because we all got caught up in the hype, the excitement, the records. 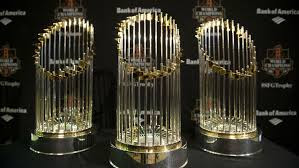 Fast forward to 2008. The first year without Bonds and the second year of Bruce Bochy's managing of the team.  I remember speaking with a friend and we both decided that the Giants pitching staff was young and going to be good.  My friend said, "If they get in the playoffs, they will do well - their pitching staff can dominate a short series."  Throw Buster Posey into the mix and other talent - and here we are.  Three World Series championships.  Damn, I was happy with one.  Two was a dream. Three is indescribable.  But if you look at the recent Giants teams, they aren't about one player or one pitcher.  They care about each other and work as a team.  That equals success.  Think about Hunter Pence firing them up in the locker room.  The selfless approach.

A lot can be learned from the success of the Giants and Warriors. The recipe for success can be applied to any organization.  It really reminds me of the period from 2009-2013 when I was a vice principal. We worked under an amazing leader - he was secure in himself, had a shared vision for the school, was consistent, and got people to buy in.  It wasn't even that hard.  His consistency, patience, high expectations, support, and professionalism made everybody around him better.  I've never worked on a team that functioned so well collectively.  There wasn't any internal competition on our administrative team; it was all about cooperation and doing what was best for the students and the school, while staying aligned to goals.

It really is time that many people put their egos and insecurities aside and remember why they do what they do.  As an educator, I am here for the students and helping staff reach each student.  It's not about me - it's about WE.   Congratulations to the Warriors... and for the Giants, well, #evenyear .....
Posted by Unknown at 7:33 AM