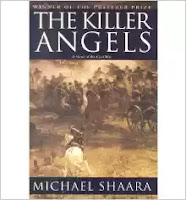 I've read several books in my life that have had a strong impact.  I've always said that The Killer Angels by Michael Shaara was my favorite. It's a great piece of historical fiction focused on the main characters during the Battle of Gettysburg (July 1-3, 1863, Civil War.  Characters:  Robert E. Lee, James Longstreet, Lewis Armistead, Winfield Scott Hancock, and Joshua Lawrence Chamberlain.)  The novel not only inspired the film Gettysburg in 1993, it also inspired Shaara's son, Jeff, to write a prequel and sequel, making up a darn good trilogy.   Most recently, I finished The Nightingale, but Kristin Hannah - another piece of historical fiction set in France during World War 2  - the French resistance, families, and the brutal impact of war.  This is my new favorite.

Then comes non-fiction - one book I truly enjoyed is The World Is Flat by Thomas L. Friedman.  Friedman is an editorial writer for the NY Times.  I know that many conservatives dislike Friedman, but I find his point-of-view, mostly based on tedious research, to be solid, accurate, and thought-provoking. 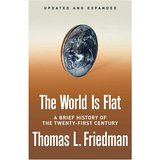 Friedman released this editorial today in the New York Times which, in my opinion, paints a very accurate picture of the current sleazy election we are witnessing.

Please read it and let me know what you think....